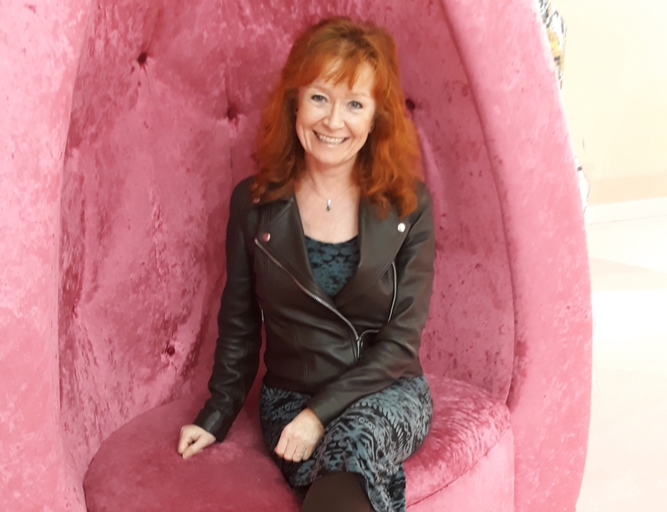 I studied Music and English Literature at Liverpool Polytechnic for my degree and then trained at Goldmiths' College, London University as a secondary school music teacher. I was taught by Dr Janet Ritterman at Goldsmiths' and I studied piano with Peter Sage, Alex Abercrombie and Graeme Humphrey (Royal Academy).

After completing my probationary year teaching music, English and drama in St Aloysius College, North London I spent the next 3 years in Addis Ababa, Ethiopia. I taught music at secondary school level at Sandford English Community School. The school had children from infants up to seniors so we would quite often work on musical projects with a mixture of ages. I composed several musicals for children and enjoyed working with other members of staff putting on various productions.

During my time in Addis Ababa I worked with Norman Pritchard at the British Council, recording vocals and assisting the arrangements of educational songs which formed part of the English Language Programmes for Ethiopian Radio and Television.

When I wasn't teaching I had the most spectacular adventures travelling extensively around Ethiopia; by landrover, public bus (with the chickens and other animals!) and motorbike. I also travelled around Eritrea, Djibouti, Malawi, Kenya, The Seychelles, Eygpt, Yemen, The USA and Mexico.

Upon returning to the UK I resumed teaching music in secondary schools in outer London and met my future husband, Ian. I was the Choral Director of the Merton Young Singers and Merton Youth Singers for some years, performing in the Wimbledon Theatre and Fairfield Halls, Croydon. The Merton Music Foundation arranged a huge concert involving 1,000 middle and senior school children composed by Simon Lanzon called, "Our World." Ian conducted the orchestra and I was the Choral Director for this project visiting Merton schools and teaching the songs with Simon. The choir involved 500 children and the event was performed at the Fairfield Halls, Croydon.

I taught piano at Langley Park Girls School, Beckenham, and at Ravens Wood Boys School, Beckenham, regularly entering pupils for the ABRSM exams. I prepared students for their Music GCSE and Music A level performance exams. During the 14 years I taught at Langley and Ravens Wood, all my students achieved a 100% pass rate with 95% gaining Grade A or A* for their performances. I continue to teach piano privately and also at Limpsfield Infant School.

After our daughter, Lucy, was born I composed songs and created fun musical games specifically to help her through the stages of her early development. Lucy attended the local Panda Nursery, Oxted, and they asked me to teach classroom music there. After trying out my songs with whole classes the wonderful staff encouraged me to start my own classes independently.

I started Sing Rainbows in 2010 with a handful of children and now teach around 220 children each week. I've written about 200 songs and Ian and I have worked on the arrangements between us. My fabulous pupils continue to inspire me to write new songs and teaching material and I adore teaching them!

Sing Rainbows is a non-franchise family business. Classes provide a carefully structured balance of activities designed to stimulate and aid development in many areas including, speech, co-ordination, motor skills and social skills. An array of colourful props are used throughout all classes; such as, maracas, bells, coloured scarves, bean bags, pom poms, balls. hoops etc.

Classes involve a variety of activities including:

Class numbers are limited to 10 or 11 children for ages 3 months to 4 years. Each lesson is 35 minutes of well-paced tuition for ages up to 4 years, pre-school age.

The Sky Rainbows music class on Wednesdays for older children (aged 4 - 7 years) is one hour long and limited to 14 children.

Ian Craig, GRSM (Dip Ed), ARCM has arranged many of my songs and composed instrumental pieces.

If you have any queries or wish to make a booking, please contact me as below:

Get social with us.